Diffusion weighted magnetic resonance imaging (DWI) is a magnetic resonance imaging technique that uses the diffusion of water molecules to generate contrast in MR images. In a glass of water, where the spatial orientation of water molecules does not matter, diffusion is “isotropic” (the same in all directions). In different tissues such as white matter fibers however, the motion of molecules will be limited in the direction of obstruction. In this case, diffusion is anisotropic, which means that the amount of diffusion in not equal in all directions.

In Diffusion tensor imaging (DTI), each voxel has one or more pairs of parameters: a rate of diffusion and a preferred direction of diffusion—described in terms of three-dimensional space—for which that parameter is valid. The properties of each voxel of a single DTI image is usually calculated by vector or tensor math from six or more different diffusion weighted acquisitions, each obtained with a different orientation of the diffusion sensitizing gradients. Fiber tracking or tractography is achieved through DTI which branched off from DWI.

This data is processed at the image processing laboratory using ExploreDTI and FSL softwares. You can have different parameters calculated from tensor model, as well as connectivity matrices and graph parameters. 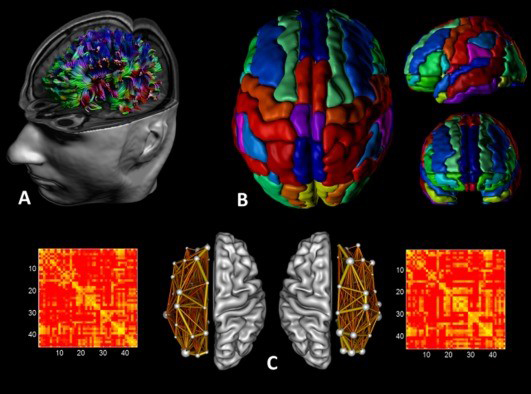 Also, according to your study, you may need just particular tract for example Corticospinal Tract (CST). 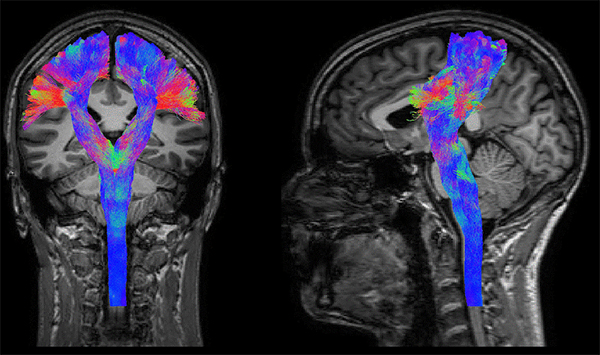