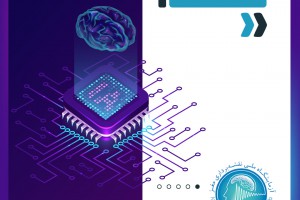 The Iranian Brain Mapping Biobank (IBMB) was set up by the National Brain Mapping Laboratory in 2018. It includes MRI image data and brain signals as well as cognitive assessment tests.

In this competition which began on December 01, and is still going on, the three databases including the database of Iranian brain mapping, insurance data of Day Insurance and Molecular Dynamics Data of Proteins of Lund University in Sweden have been presented to the participants, so that they choose one of them and start their analysis and competition based on the topic.

Out of 54 groups, 15 teams selected the topic from biobank data and analyzed them.  Comparing with other groups, they had a better performance. The results are available on the website (https://sdat.ir/fa/playdata).

The competition is being held by the Center for Growth and Entrepreneurship of Bu-Ali Sina University of Hamadan and supported financially by Scientific Data Analysis Team and the International Institute of Statistics.

We have a lot of data in the world obtained from different resources. Such data helps us to have a better world. Organizations and companies employ statisticians and data analysts to help them improve their business.

The organizers of the event, together with the administrators of the competition data, have explained and described the objectives and processes of the competition in details (how to participate, how to prepare a report and the type of data), in a webinar held on December 31.