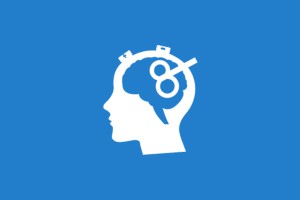 Faraday discovered electromagnetic induction in 1831, About 60 years later, Arsenne d'Arsonval detected phosphene and vertigo in effect of electromagnetic induction. In some persons, "syncope" was detected when the subject’s head was placed inside an induction coil. Transcranial magnetic stimulation has been first successfully used in 1985 by Anthony Barker, Reza Jalinous at the Royal Hallamshire Hospital in Sheffield, England. Since then TMS has been employed in various research and clinical (diagnostic and therapeutic) applications. This device works based on Faraday’s law of electromagnetic induction so that a large electrical current passes through TMS coil during a very short time and this induces very small electrical currents in the cerebral cortex. The coil is connected to a stimulator which generates the electric current passing from the coil.

TMS Magnetic field, which is generated by the coil, passes through high-resistance structures such as bone, fat and skin without harming the body. Furthermore, it induces an electric field, which depolarizes or hyperpolarizes neurons in the underlying tissue.

TMS pulses can be applied as “single”, “paired”, or “train” (‘‘conventional” or ‘‘patterned”) and each form can be used for special application. Single-pulse TMS can be used in cortical mapping, causal chronometry of brain-behavior relations, central motor conduction time studies, etc. Paired pulses can be used to study intracortical facilitation and inhibition, and cortico–cortical interactions. Magnetic pulses can also be paired with a peripheral electric pulse called paired associative stimulation (PAS). Trains of pulses can generate fascinating effects depending on their frequency and pattern, such as lasting inhibitory or facilitatory aftereffects. This protocol has also been used in brain mapping studies to establish causality between brain and behavior. As a brain mapping technique with good spatial (in the order of few millimeters) and temporal (in the order of a few tens of milliseconds) resolution, TMS can be used to reveal the location and sequence of brain activities. TMS is an FDA (Food and Drug Administration) approved intervention for major depression. It can be also used for treatment of migraine, and for presurgical motor and language mapping.

What do we have in TMS section of NBML?

Main items in TMS section are as follows: Figure 5: Navigation camera and MEP and EEG projection on the brain in Navigation system

7. TMS-fMRI System Solution is a MR-compatible holder which can keep the coil in adjusted position. TMS lab of NBML is one of the few centers in the world with the possibility of applying TMS during fMRI. All necessary facilities for this purpose (fMRI compatible coil, special room design next to imaging room and remotely controlling the TMS pulses, etc.) are provided in NBML.

Equipped with the frameless stereotaxic system, researches in TMS lab of NBML can use structural/functional brain images in defining TMS/tES stimulation targets individually with very high precision. This system enables researchers to obtain precise functional maps of different cortical regions for each subject.

Like any other type of study, placebo arm is crucial in TMS studies, specifically in clinical trials. Fortunately, TMS lab of NBML is equipped with specialized coils for both single and double blind studies. 
Experts in this field 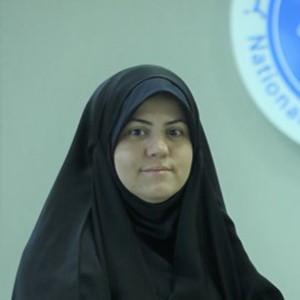