Whereas hemodynamic changes of the brain are directly related to neural activities, recently, functional near-infrared spectroscopy(fNIRS) has been widely used to monitor changes of oxyhemoglobin/ deoxyhemoglobin concentration resulted from functional activities and, in fact, to indirectly monitor neural activities in target brain tissue. Nowadays, functional near-infrared spectroscopy(fNIRS)  systems are introduced as portable and non-invasive monitoring systems having the capability of repeating the test many times on the sample and, they have been considered by neuroscientists as a new modality for recording brain activities. This modern equipment allows researchers to study the cognitive functions of the brain such as: attention, decision making, reasoning, working memory, problem solving and planning which are mostly occurred in the prefrontal cortex, while performing cognitive tasks.

Objectives of the Competition:

Some objectives of the competition are as follows:

The Mode of Holding the Competition in this Course:

In the first period, the competition will be conducted in two stages on the registered data while performing working memory test. In the first stage, the participants will be provided with some labeled data. The data have been recorded from different people.  Such data are used to train or calculate model parameters (statistical or artificial neural networks for classification). Unlabeled data will then be provided to participants to evaluate the methods. The participants will announce evaluation data labels and based on the accuracy and precision results, the selected teams will be invited to in person(face-to-face) competition (second stage). In the face-to-face stage, a number of unlabeled data will be provided to the participants, in which not only the accuracy, but also the speed of announcement of the answer may affect the final result.

The competition is open to all researchers.

Deadline for Submitting the Results of the First Stage: May 05, 2021

Announcement of Final Results and Awarding of Prizes: Simultaneously with the fifth symposium of Iranian Brain Mapping news 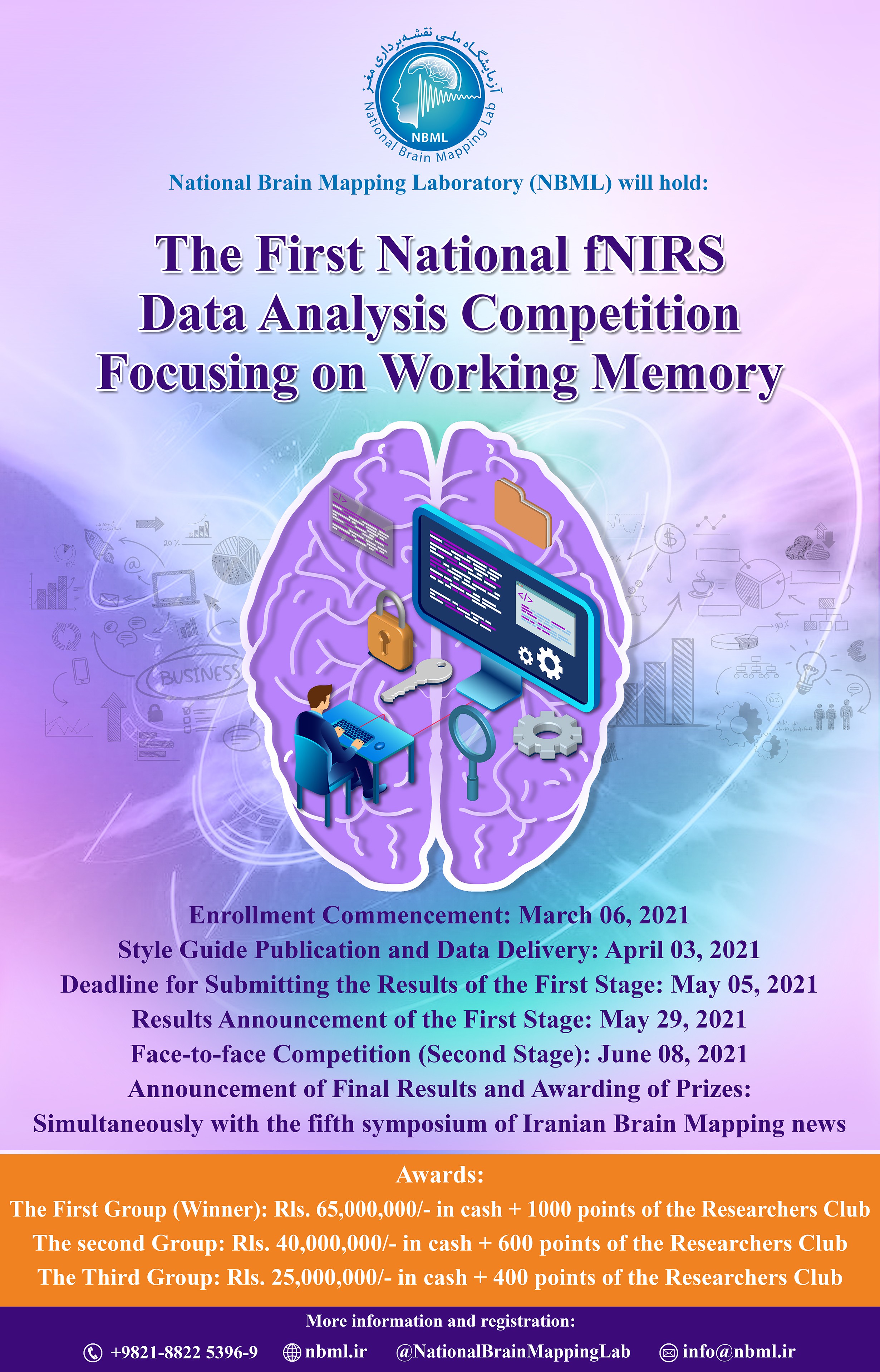